A Look at the 2022 Toyota Corolla’s Safety Technologies

A Look at the 2022 Toyota Corolla’s Safety Technologies

With over 50 million units sold since November 1966, the Toyota Corolla is the best-selling car of all time. Twelve generations of the Corolla have been introduced to the market since the first Corolla came out more than 50 years ago. And each one has improved considerably compared to the previous version. 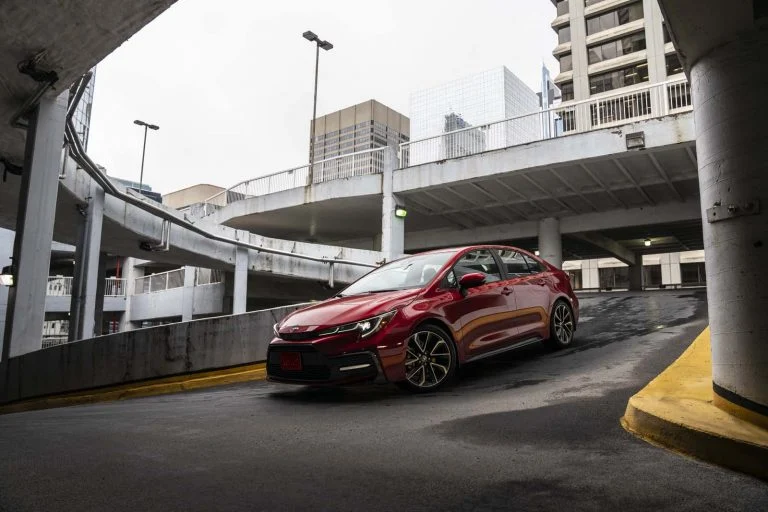 The Toyota Safety Sense 2.0 system is an advanced system that brings together several active driver assistance technologies that are able to detect potential hazards and intervene if necessary to prevent collisions.

The TSS 2.0 system security technologies include:

Pre-Collision System pedestrian and vehicle detection for daytime and low-light conditions, along with daytime cyclist detection

This system can detect and apply the brakes as needed to avoid collisions with vehicles that suddenly brake, as well as with pedestrians or cyclists.

In the TSS 2.0 system, Lane Departure Alert warns you if you deviate from your lane in addition to detecting if you are approaching yellow or white lines on the road. The system can also detect roadsides and sidewalks. If the driver doesn’t react to the alert, the system can apply small corrections to the steering wheel to put the Corolla back on track.

When an oncoming vehicle approaches or you approach another vehicle from behind, the automatic high beam system is able to switch from high beam to low beam to avoid blinding other vehicles. The high beams will come back on when the vehicle has passed.

All the technologies explained above are active safety systems, which means that they can intervene to prevent an accident. That said, there are other technologies in the 2022 Toyota Corolla that continually protect you. Grouped together in the Toyota Star System, they include:

These technologies improve braking and vehicle stability in all conditions.

Together, the Toyota Safety Sense 2.0 and Toyota Star System technologies improve driver confidence on the road and protect the occupants of your 2022 Toyota Corolla.